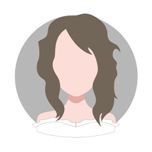 Debbie I have to tell you that today I heard about the student with some severe behavioral problems I immediately thought she was rad. And I was then filled with such gratitude for you, because if you put my son in the same box as this girl people would completely question that they had the same thing. I just want to say thank you for the work that you put in, because I know it was so much work to heal my son. I know that God used you in a mighty way to restore the little boy that could be. Thank you for being willing. I am amazed that he was one of the last children you took in and the Lord was able to let you end on such a high note. He is a special kid and we are so grateful to have him. And so incredibly grateful for the work that you and he did to restore him to what he could have been. So thank you so much, I truly mean that from the bottom of my heart.